Ways to make money in the gaming industry?

Gaming industry is huge and grows from year to year. With $130 billion of yearly generated revenue in 2018 (+10.9% compared to 2017), the gaming industry is bigger than it ever was and than any other form of entertainment. For comparison with other industry gross revenues in 2018, film industry was worth of $41.7 billion and music industry of $17.3 billion.

Microsoft claims there are more than 2 billion gamers worldwide and their number is growing fast. After all, people will always play games and barriers to gaming are constantly decreasing with simple access to games and gaming services available via the internet. Currently there is over 3 billion people using the internet (around 40% of global population of 7.7 billion people), however only a small part of them use the internet on a daily basis. Highest expectations are still in the market of mobile games, which can be actually played basically in 1 click by 2.71 users using a smartphone. 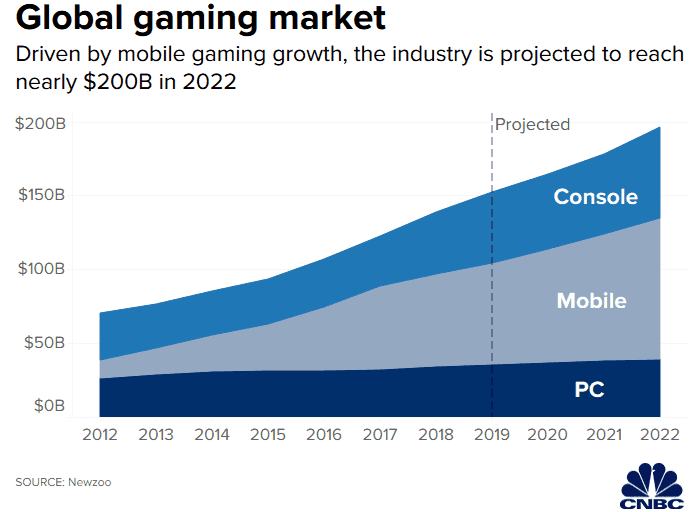 Current and expected gross revenue in the gaming industry

If you are interested to check gross revenue by devices and regions, check latest market estimated numbers at https://newzoo.com/key-numbers/.

This article summarizes reachable ways to make money with games. You will not find here in most cases silly advice such as create and provide game streaming service like Google Stadia, game shop like Steam, video streaming platform like Twitch and communication tool like Discord, instead, options nearly everyone can do.

Before we start, there is a need to mention one important thing - where the heap of money comes from in the gaming industry. Generally, it’s 3 main sources:

Ways to get a share of the pie of over $200 billions of gross revenue in the gaming industry in the yext years:

1. Development of own games

Come with a good idea, convert it into a game and select good type of its monetization is way to make really cool money. Game Fortnite - the gold standard for success in online battle royale games - made $2.4B in 2018 purely from in-game purchases, however, with selling individual games, making money may be even faster - for example GTA V made $1 billion in just 3 days (year 2013).

However, let's be realists. Development of such games require huge effort and investments and even despite that only a low number of companies reach success like Epic Games and RocketStarGames. The truth no one talks about is that the revenue from most games do not cover even their development costs, or alternatively they are on the same level.

Game development is the type of business when a businessman must invest quite a big amount of money over a longer period of time while he has very limited options of verifying the idea and business model of the game. Fortunately, today's world is considerably more friendly to developers than ever before, see

As already mentioned above, there are 2 main monetization schemes - paid games when a player pay for the game licence of freemium model when a game is free to play but players have option to buy various ingame items and speed up their progress by this way. There are also hybrid games combining both monetisation schemes together as well as new alternative schemes coming with latest cloud-based platforms. Freemium model is rolling the world in past years, however, developer should always choose the monetization strategy on the basis of the game, targeted platform and audience. 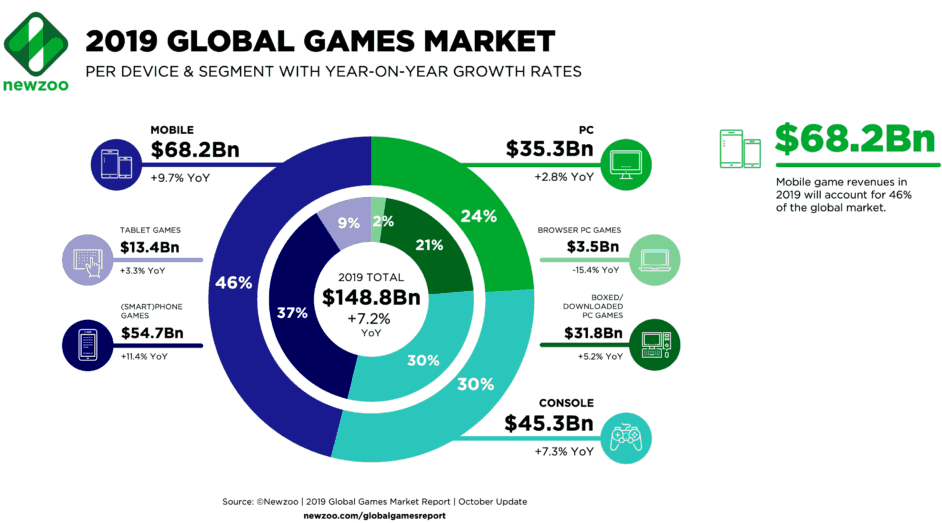 Mobile games reach 46% of global games market in 2019 and their potential is still not exhausted. Following graph does not include even very small market of native and web games which can grow thanks to coming technologies and its multiple advantages.

2. Being a game publisher

Despite simple option of self-publishing, many game developers still prefer focus for development and outsourcing things related to sales and marketing to a publisher.

Game publishers getting games actively by direct offers as well as passively via forms for game submissions on their websites.

which basically mean to be a marketer. And like any marketer, you need to offer only quality products that would sell themselves.

This means to accept only games with good users retention and good monetization opportunities. Users behaviour is usually tested by initial release of a game e.g. on Facebook and track whether bought users achieves important previously set KPIs. Then a publisher must calculate acquisition cost per user and return of the investment. When the numbers look good, the publisher accept the game and starts use own marketing know how for its promotion and monetization.

Web games have multiple benefits for game developers and publishers, however the market is still very small. There are actually 4 types of publishers in the market:

So many types of publishers of web games is caused by decentralization of the market with no big player (partly except Facebook) like it is on other platforms.

First 3 types of publishers can be taken as publishers in the right sense of the word, with many responsibilities, work and investments behind. However, the fourth group is very interesting, because these publishers use current benefit of the web games market where they are getting free games for their websites and moreover are paid by a share of revenues from generated revenue by the game on their websites - there is an option to consider them for affiliate partners instead of publishers. In fact, there are many ways to make money from own gaming websites, I summarized them into a separate article “Ways to make money with gaming website”.

3. Seller of physical and online games

It is not physical, as physical, there is usually physical unit represented either by real DVD disk or with a paper with printed licence key needed for game installation - in such case game files themselves are downloadable from the internet.

Next option is to become an affiliate partner and be rewarded for every referred user who buys the game licence, game item or will achieve any set KPI - e.g. registration.

Nearly no company is great and self-sufficient in all areas, either from a reason of their complexity, missing knowledge resources, time or efficiency (it is not worth their time), but they need to do it. In such cases, they hire external professionals who would help them with their issues. Typical areas can be

Gaming industry is one of the most dynamic industries, same applies for opportunities in it.

Popularity streaming platforms like Twitch illustrates interest of “watching rather than playing” and “watching rather than reading reviews”. There is also a big added value of close relationship between viewers and steamers which allowed formation of new alternative form of monetization - donations, however it is not only type how these streamers make money. Except ads, promotion of partners’ products, merchandise or affiliate there are less known ways such as Bits and Cheers or rewards for winning tournaments or visiting events. All you need to know about revenue from Twitch you can find in the article from contentcareer.com. 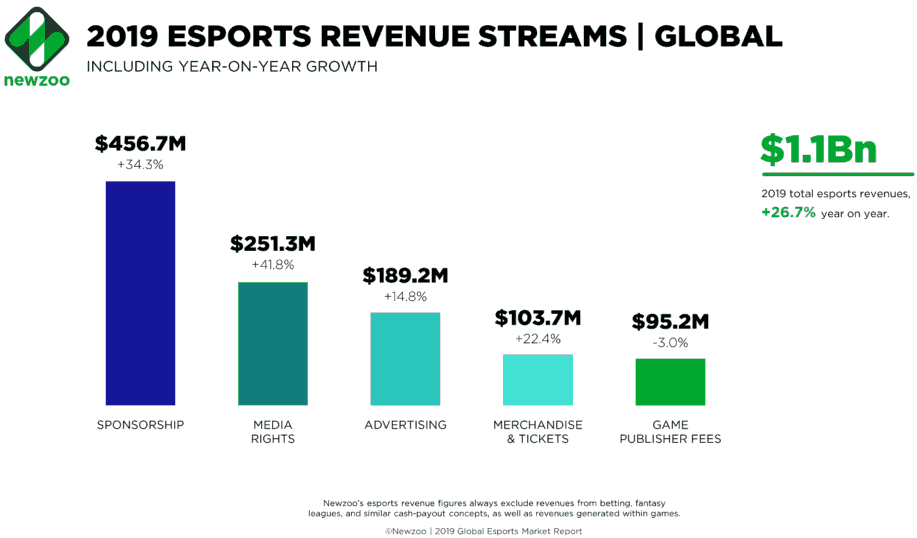 E-sport actions are often bigger than classic sport events, especially in Asia. Participating in the E-sport is possible by being a professional player or any other participation on such actions - these actions are offline so there are really many opportunities you may use.

When a player is playing a game for a long time and is good in it, there is a big probability of reaching valuable state and items in the game. Currently, gaming studios usually prohibit selling of game accounts as well as do not allowing transfers of game items between them. However, this may change quite soon with the arrival of crypto technologies allowing secure and simple transfers and sells of in-game items as well as ownership of them and credibility of sellers.

Did we miss some way? Let us know!